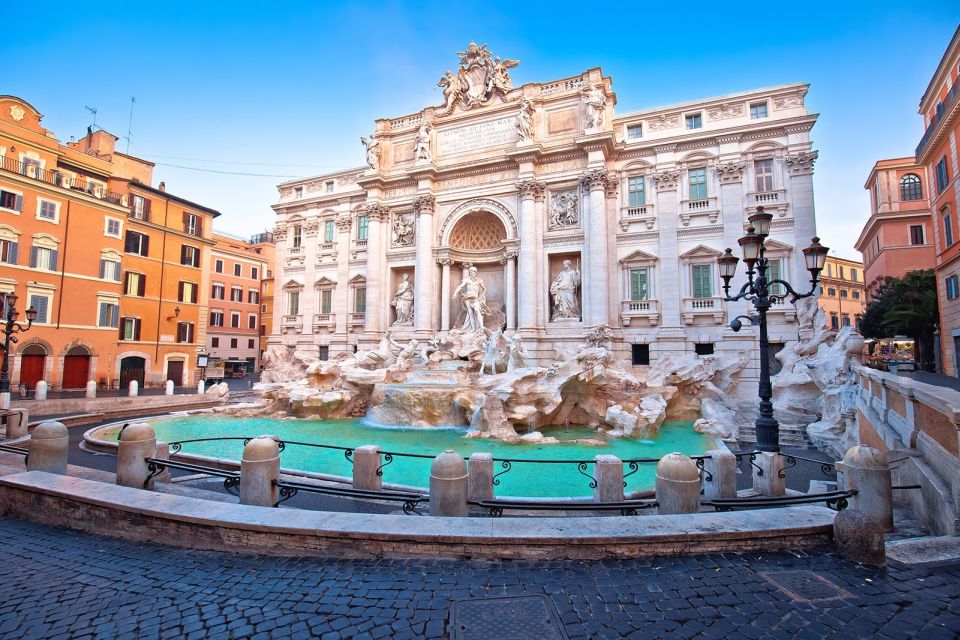 If you are in Rome, no trip will be complete if you do not visit the Trevi Fountain. It is definitely one of the most stunning fountains in the world. But if you think there is just beautiful, you are so wrong. There are tons more to this fountain. Coming to Trevi Fountain, everyone deserves a bit of goodluck. Legend has it that you throw a coin into this fountain and wish for your darndest of dreams for them to come true. And true to that notion, every tourist has once or the other thrown their coins in for luck.

It has been believed for years, and for years to come, it will be believed. Visiting early in the morning helps one chill a little and helps clear one’s mind. as exquisite and peaceful as the Trevi fountain is, it is also somehow unnaturally charming. Quite a few facts about this attraction deserve your attention, as normally they remain in the shadows!

1. It is actually one of the oldest water resources in Rome

This dates back to the construction of the ancient Roman Aqua Virgo Aqueduct, in 19 BC, and is a pantheon in Rome. It has always provided water to the Roman baths and the fountains of Central Rome. The Virgin Waters or the Aqua Virgo is named after a young Roman girl who helped a lot of thirsty soldiers to get to the source of a spring to drink from. This is built at the end of an aqueduct, and at the juncture of three roads. Tre Vie, or these three streets give the Trevi Fountain its name, or is known as the Three street fountain.

2. The original architect was not Savi!

Pope Clemens XII in 1730 held a competition to design a new fountain. There were many architects that had participated but the rights to design this new fountain was kept by Nicola Salvi. Some say that he was not really the first choice. A man named Alessandro Galilei was originally chosen, who belonged to the same family as Galileo. After a public outcry, the project was transferred from him to Salvi, even though he originally won the commission. The reason was that Salvi was a native Roman while Galilei was a Florentine.

Salvi however never really completed the fountain. The first water came through it in 1743, however it was not really after 1762 that it was officially inaugurated and the new Trevi Fountain was announced by Pope Clemens XIII, 11 years after Salvi’s death. Still, the final project is majorly his.

3. For the existence of the fountain, you can thank gambling

For the idea of the project, the fountain by Salvi was the least expensive. Which was definitely a deciding factor for Pope Clement. He used the third extraction of a lotto game money to pay for it, and that is how he was sure to approve the finances. It is absolutely true. The Pope used money in a gambling ploy and earned in the reintroduction of the lotto in Rome is the one that financed the fountain. The numbers that were extracted were 56, 11, 54, 18, and 6.

4. The Colosseum and the Trevi fountain share the same material

It is built mostly from travertine stone, the fountain that is a name that in Latin would mean ‘ from the timbre’. There is a mineral calcium carbonate that forms from spring waters, especially the hot springs, and the likely source is the city of Tivoli. This is about 22 miles away from the city of Rome. This fountain to be built took a lot of stone, and many men thus had to work on it. Unfortunately, during the construction a lot of men were injured and some even died while working with these humongous stones. In this case, comes the story of a stonecutter who was crushed by a large block of travertine in 1734.

5. It uses tonnes of water

The Trevi Fountain is about a massive 85 feet tall and is almost 65 feet wide. This fountain spills about 2, 824, 800 cubic feet of water every day with water pumping out of various sources and the large pool in front. The water now is recycled, so one does not need to fret even a little. Which really means that if you want to have water, you do not have to drink from here but could just use the drinking fountains nearby.

6. To steal coins from the Trevi is a crime and punishable!

It has been illegal for anybody to pick up and steal coins from the Trevi Fountain. A long time back in the past it was quite usual for gangs and thieves to come down here at night and sweep the coins out of the fountain. In 2011, even three thieves were caught using a CCTV camera. The most famous raider of this fountain was known as the d’Artagnan, which was obviously a nickname given to him. He has been known to be stealing the coins from the fountain for a good 34 years before he was caught in the summer of 2002.

7. The fountain is charitable

A rough amount of 3000 Euros is thrown into the fountain every day when it is open, and people really do function according to the faith that throwing coins over their shoulders will get them good luck. The legend also holds that if you throw a coin in, it really ensures your return to Rome. This tradition can be traced back to the Romans who often threw the coins in this water to make the God of water favor their journey and have mercy on them as they rejoice in their quest to reach home safely. You could always throw in a second coin if you are looking for love, and a third coin if you are looking for a wedding.

No comments to show.